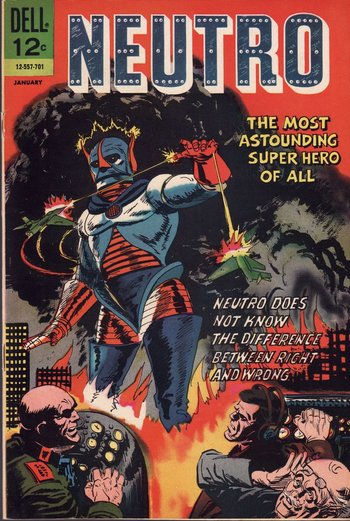 Neutro does not know the difference between right and wrong!
Neutro is a 1967 one-shot comic produced by Dell comics about a giant robot dug up in the Nevada desert and put together by two scientists John Dodge and Doc Banyan. Because Neutro is a robot, he doesn't know right from wrong, and could be an extremely powerful weapon in the wrong hands.
Advertisement:

The comic was featured in World's Worst Comics Awards of 1990.

And please, don't confuse this with Naruto.