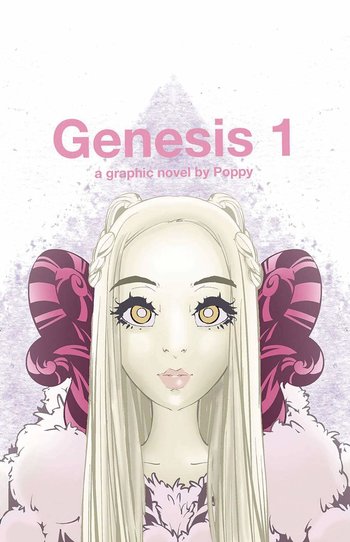 Poppy: Genesis 1 (or A Poppy Graphic Novel) is a 2019 graphic novel written by Poppy, Titanic Sinclair, and Ryan Cady. The book purports to be the "definitive" origin of the eponymous pop sensation.

The graphic novel was also accompanied with an ambient album I C U (Music to Read To).

The graphic novel provides examples of: