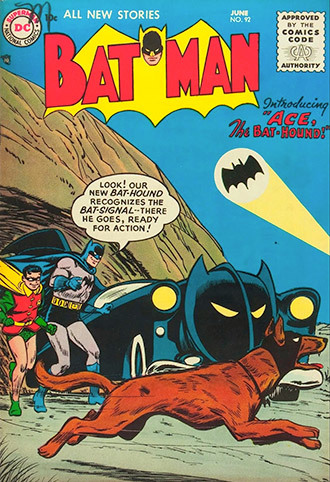 Complete with identity concealing mask!
"The rabbit is cuddly! Kids like little cuddly sidekicks! I mean, the rabbit... it's a time-tested... okay, the rabbit bites."
— Mr. Incredible, attempting to defend the (fictional In-Universe) Team Pet Mr. Skipperdoo in Mr. Incredible and Pals
Advertisement:

The insertion of an animal sidekick into a property that normally wouldn't be expected to have one. Its presence generally feels forced but not necessarily without contributing anything to the script. Often an example of Executive Meddling, particularly on Animated Series, in an attempt to have a Kid-Appeal Character.

May be a Heroic Dog as well. Compare with Cousin Oliver, Team Pet.