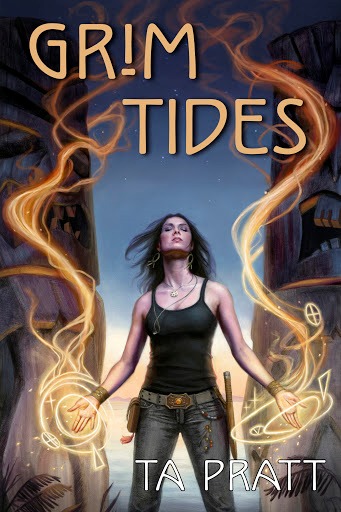 The Marla Mason series by T.A. Pratt is an Urban Fantasy set around the Marla Mason character, the ruling sorceress of Felport, as she struggles to save her home from insane reweavers, bloodthirsty Aztec gods and Death itself.

The series has ten books so far: