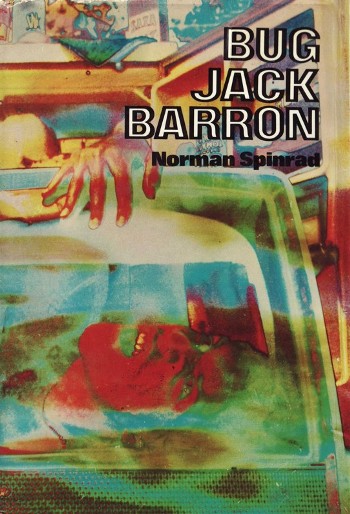 Bug Jack Barron is a 1969 novel by Norman Spinrad (more famous for The Iron Dream), previously serialized in New Worlds under Michael Moorcock's editorship, centering around a cynical talk show host named Jack Barron who uncovers a conspiracy surrounding an immortality treatment and the methods used to produce it.