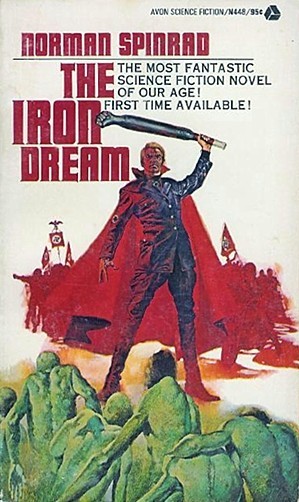 What if Hitler were a sci-fi author?.
Advertisement:

The Iron Dream is a 1972 Heroic Fantasy / Science Fiction novel by Norman Spinrad... sort of. The majority of the book is the full text of the brilliantly popular fantasy novel Lord of the Swastika, written by famed SF author Adolf Hitler; the rest of the book is a framing device setting up the world in which this alternate Hitler lives, and a concluding essay hammering the point home for those who didn't get it the first time through.

The Show Within a Show Lord of the Swastika contains examples of: