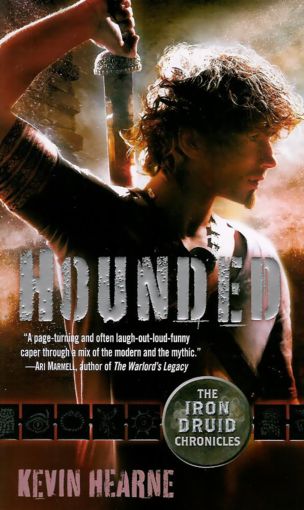 "Woah. He had ghouls on speed dial. My lawyer kicks so much ass.''
Advertisement:

An urban fantasy series by Kevin Hearne. Atticus O'Sullivan, a 21-century old Druid living in Tempe, Arizona just likes to peddle fake magic items to hippies. Unfortunately, his peaceful life keeps getting interrupted. Then he gets out his Absurdly Sharp Blade and his iron necklace and proceeds to take names, often with the assistance of his lawyers, a firm made up of a pack of werewolves and a vampire.

The main series is:

Additionally, there are several other stories available: