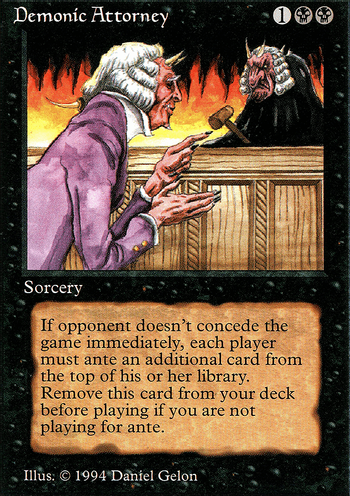 "Founded in 1791 on ground deconsecrated by the blood of mass murderer Mathias Pavayne, Wolfram & Hart has put roots down in this glamorous city that grow deep, and branches that reach right into the heart of every major corporation, including Yoyodyne, Weyland Yutani and News Corp."
— Wolfram & Hart promotional video, Angel
Advertisement:

Exactly What It Says on the Tin: lawyers that represent the occult and the bizarre creatures of the night. Caught taking a little crimson nip? We'll get you out before sunrise! Attacked by the local band of angry villagers? We'll get restraining orders against them all! Want revenge against your Mad Scientist creator? We'll get you emancipated and sue him for child support! The government has confiscated your light interplanetary vehicle for not being flight-worthy? We can help you sue them for not properly declaring an official tow-zone or providing means to contact a repair crew!

Our rates are reasonable, our hours excellent. We accept credit card, check, or virgin sacrifice. Pro bono work is not a specialty of ours, but should we consider it, we most certainly do not have our own reasons beyond potential future, gainful employment.

We frequently work closely with The Law Firm of Pun, Pun, and Wordplay to ensure our name is instantly recognizable to the savvy client. As a result, we don't often resort to ambulance-chasing; hearses, morgues, and funeral parlors are more remunerative when it comes to our specific business model.

If we aren't exactly what you are looking for, we recommend you check out the Amoral Attorney or Rules Lawyer, instead. Although a few on our retainer could easily count as those, too. See Fantastic Legal Weirdness for examples where the lawyers aren't necessarily occult but the cases they have to deal with definitely are.