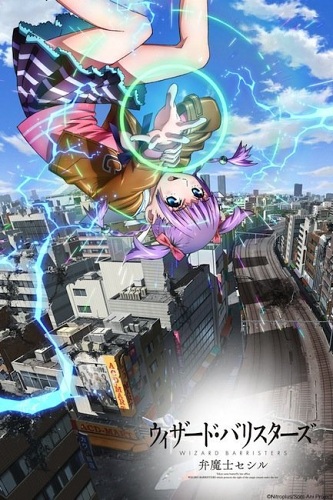 Wizard Barristers is an anime television series directed by Yasuomi Umetsu and produced by the animation studio ARMS Corporation. It aired in Japanese televisions in 2014 as part of the 2014 Winter Season for 12 episodes. The show is licensed by Sentai Filmworks for a North American release and is also available for legal viewing via Crunchyroll. For French-speaking viewers, the show is streamed legally via Wakanim.

In a World… where a certain portion of the population have powerful destructive magical gifts, crimes committed by magicians are handled by a special Court of Magic, and the accused are defended by Wizard Barristers. Enter Cecil Sudo, a powerful wizard and the youngest Wizard Barrister ever, at 17. Cecil now begins her life investigating—and sometimes preventing—magic crimes for the Barrister firm, Butterfly.

Now has a character sheet. All tropes related to individual characters belong there.