Literature / Doorways in the Sand 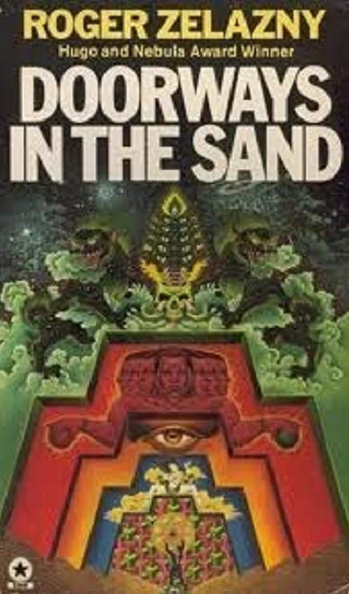 Doorways in the Sand is a 1976 novel by Roger Zelazny. It tells the story of perpetual college student Fred Cassidy, who has found himself a suspect in the theft of a priceless alien artifact. While clearing his name, Fred has to deal with alien abduction, telepathic plants, overly patriotic Brits, the perils of mirror-reversal, and — worst of all — administrators who are trying to force him to graduate.

Chapter 9 begins, "It is good to pause periodically and reflect on the benefits to be derived from the elective system of higher education." It continues in that vein for several paragraphs before returning to the question of what happened after Fred was shot in the chest.