The Dog Is an Alien 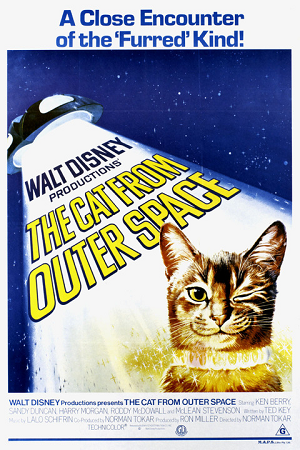 Some sort of extraterrestrial lifeform comes to Earth, and, to avoid attention from The Men in Black or any other government agencies, disguises itself as a domestic animal, usually a dog. Sometimes the alien happens to already look like a dog, while others may transform themselves using Voluntary Shapeshifting or Applied Phlebotinum.

The latter variant raises some questions as to why the alien wouldn't choose to disguise itself as a human, giving itself far more freedom within human society. However, given that their disguise may not be perfect, or that they may be unfamiliar with human social norms, this may be a sensible decision. A dog that acts or looks a little bit odd is less likely to attract attention than a human who acts strangely or looks creepy.

The alien often finds itself adopted as a pet, usually at least somewhat willingly. After all, a family who is willing to provide food and shelter seems like a reasonable alternative to living on the streets avoiding The Men in Black and dog catchers, and the alien probably reasons that it is capable of escaping if it needs to.

This trope comes in both benign and malevolent variants. The former tends to result in A Boy and His X.

The most common variant of this trope involves a dog that's an alien, however, it can also apply to other types of animals, and "alien" can be substituted for virtually any sentient fictional species. If the alien is not intentionally disguising itself as a dog, but gets mistaken for one anyway, it's Mistaken for Dog.

Compare Alien Animals, where an entire species of Earth animal are and have always secretly been aliens. Not to be confused with The Dog Was the Mastermind, though it can sometimes mix together.