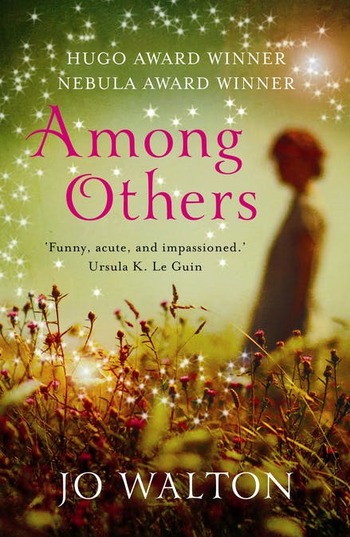 Among Others is a fantasy novel by Jo Walton.

15-year-old Mori has recently lost her twin sister at hands of their mother, a powerful witch. She escapes into fiction and the dullness of her boarding school life, but the world of fairies and dangerous magic is always closer than is comfortable.

Loosely inspired by events from Jo's childhood in Wales