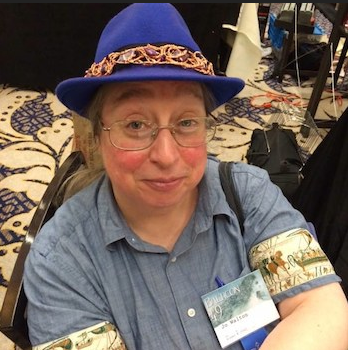 Jo Walton (born December 1, 1964) is a Welsh fantasy and science fiction writer now living in Canada. Her novels include:
Advertisement:

She has also written many short stories and poems.

Works by Jo Walton with their own trope page include: