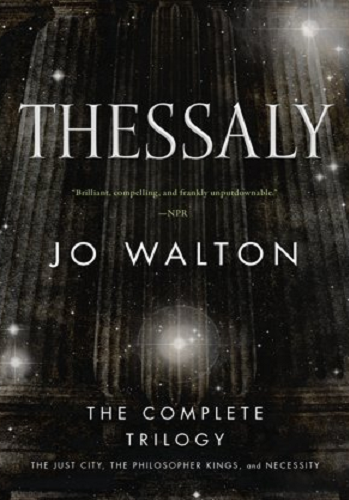 A fantasy book series by Jo Walton with the premise that the Greek God Athena and three hundred humans snatched from across time try to create the Just City detailed in Plato's The Republic in the pre-classical times on the island of Thera, using 10,000 children bought from slavers as their experimental subjects. Then Socrates shows up.
Advertisement: