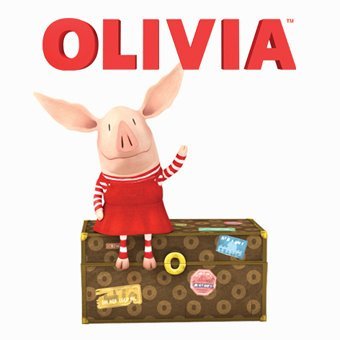 A Nick Jr. TV show (adapted from a series of children's books) starring a pig named Olivia and featuring her mother, her father, her brothers Ian and William (the baby brother), her dog Perry, her cat Edwin, and her friends Julian and Francine.

The show premiered on Nick Jr. in 2009, but has not aired any new material since 2013. Despite this, Simon & Schuster has been releasing a few new book releases based directly around material from the television show since around 2016.

In November of 2017, Universal Kids picked it up.