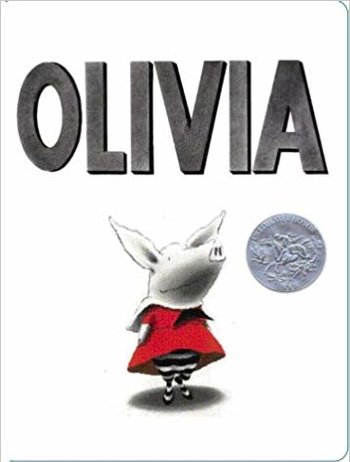 A series of children's books starring a pig named Olivia and featuring her mother, her father, her brothers Ian (the brother who's younger than Olivia but not a baby) and William (the baby brother), her dog Perry, her cat Edwin, and her friends Julian and Francine. Was also adapted as a Nick Jr. TV show and also has several sequels.
Advertisement:

Not to be confused with the Dorothy Bussy novel Olivia (1949).