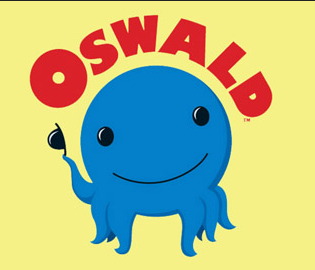 Oswald (2001-2003) is a 26-episode British-American cartoon that aired on Nick Jr.. It was created by the acclaimed American children's author Dan Yaccarino.

Has nothing to do with a certain lucky rabbit.