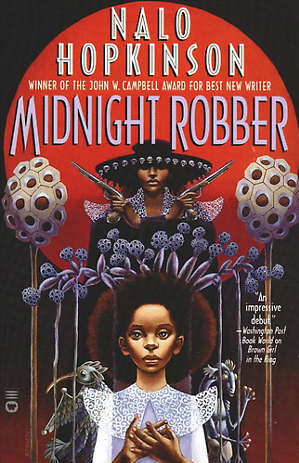 Tan-Tan is a young girl growing up on the planet Toussaint, which was primarily settled by people from the Caribbean region of Earth. Toussaint is a rich, high-tech world, and life is easy. But when Tan-Tan's estranged father, Antonio, is framed for murder, he illegally takes his daughter with him to the Penal Colony world of New Half-Way Tree, where life is hard, brutal, and frequently short. Tan-Tan must adapt to this new, primitive world, sustained by her memories of childhood stories, especially her favorite, the Robber King, who goes his own way, and bows to no one. When she grows up, maybe she can become a great robber too! If she lives long enough....