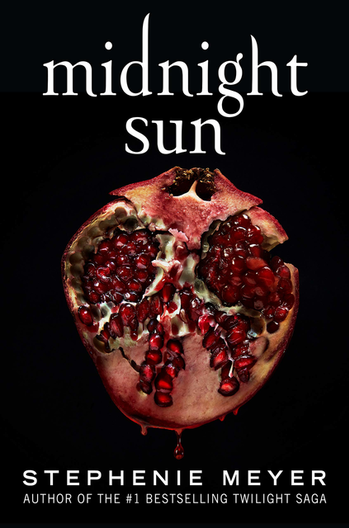 Edward infects Bella with his toxic seeds.
"My life was an unending, unchanging midnight. It must, by necessity, always be midnight for me. So how was it possible that the sun was rising now, in the middle of my midnight?"
— Edward Cullen
Advertisement:

Midnight Sun is a companion novel to the Twilight series. It is a Perspective Flip of the first book, showing Edward's side of the story.

The manuscript leaked in 2008 and the author, Stephenie Meyer, felt so betrayed over the whole thing that she put the project on hold for several years, saying "If I tried to write Midnight Sun now, in my current frame of mind, James would probably win and all the Cullens would die." The leaked draft manuscript

was then put up on Meyer's website. The finished novel was published on August 4, 2020.