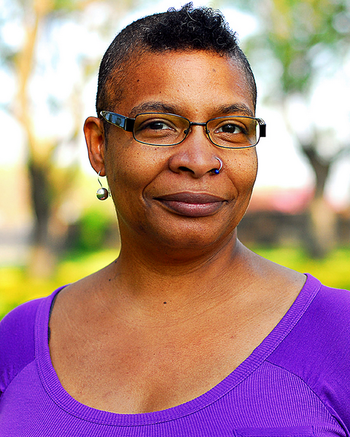 Nalo Hopkinson (born 20 December 1960) is a Jamaican-Canadian science fiction and fantasy writer, who currently lives and teaches in Riverside, California. Hopkinson’s novels, such as Midnight Robber, The Salt Roads, The New Moon's Arms and Brown Girl in the Ring often draw on Caribbean history and language.
Advertisement:

Works by Nalo Hopkinson with their own work page include: