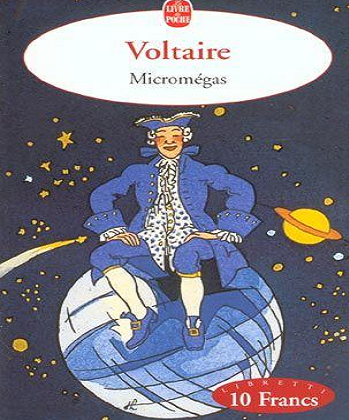 One of the first known Science Fiction stories, released in 1752. The only known surviving example that's older is Lucian's True History.
Advertisement:

tells the story of a philosopher, Micromégas, who is exiled from his home planet and visits first Saturn, then Earth.