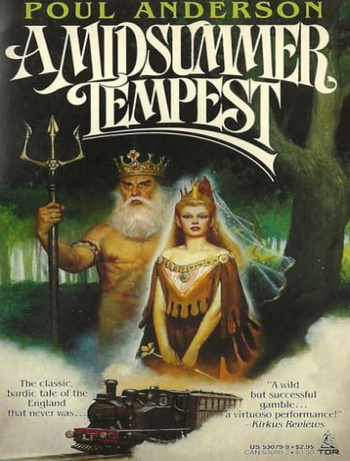 A Midsummer Tempest is a fantasy novel by Poul Anderson.
Advertisement:

In Julius Caesar, a clock chimes. Chiming clocks were a medieval invention — at least in our world. Anderson deduced that in the world where William Shakespeare is the Great Historian, technology advanced more quickly than in ours, and so tells a story where the Industrial Revolution and the English Civil War are occuring at the same time, and Prince Rupert is off to recover Prospero's books from where he drowned them, with the help of Oberon and Titania.