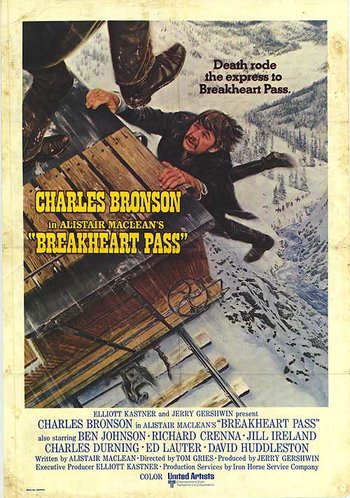 Breakheart Pass is a 1975 Western adventure film directed by Tom Gries, starring Charles Bronson, Ben Johnson, Richard Crenna, Jill Ireland, and Charles Durning. It was adapted from the 1974 novel of the same name by Alistair MacLean.

In 1870s Nevada, a train carrying medical supplies and a small U.S. Army unit is heading through the Rocky Mountains towards remote, diptheria-plagued Fort Humboldt. Among its passengers are the territory governor, a priest, a doctor and a U.S. Marshal with his prisoner, John Deakin. However, nothing on that train is what it seems.