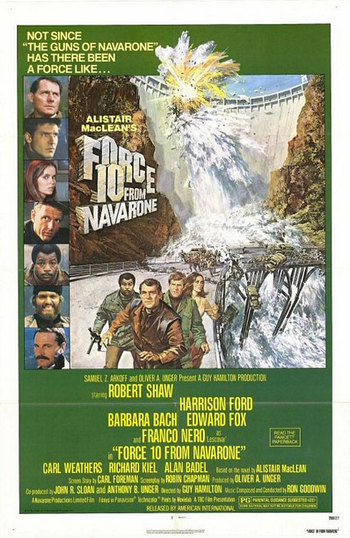 Force 10 from Navarone is a 1978 film directed by Guy Hamilton and starring Robert Shaw, Harrison Ford, Edward Fox, Barbara Bach, Franco Nero and Carl Weathers, based on a 1968 novel by Alistair MacLean. The events depicted take place during World War II but are entirely fictional. A small contingent of American soldiers, plus two of the British soldiers from The Guns of Navarone, are sent to Yugoslavia to carry out two separate missions. The Brits aim to eliminate a known traitor masquerading as a Yugoslav Partisan, while the Americans were sent to destroy a bridge.

Notable as MacLean's only sequel work, written as a follow-up to the film adaptation of The Guns of Navarone rather than to the original novel.