Literature / All The Light We Cannot See 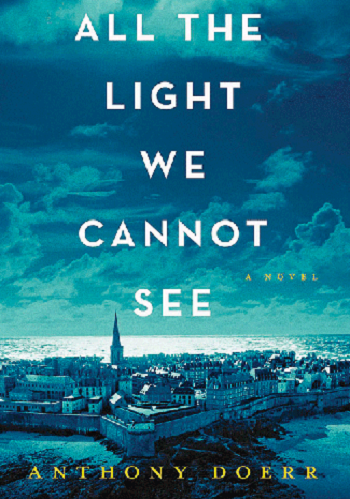 "Open your eyes and see what you can with them before they close forever."
The Frenchman
Advertisement:

All The Light We Cannot See is a 2014 historical novel written by Anthony Doerr, and winner of the 2015 Pulitzer Prize for Fiction. The story spans the years 1934 to 1944 in Germany and France. The two main characters are Marie-Laure LeBlanc, a blind French girl, and Werner Pfennig, a German orphan. The story pivots in 1940 when Marie and her father flee Paris for the coastal town of St. Malo, while Werner is picked from his orphanage to attend a special Nazi boarding school for gifted students.

Eventually Marie and Werner's paths collide in occupied France, and just as the war has dramatically changed their lives, so will their meeting.