Literature / The Amazing Adventures of Kavalier and Clay 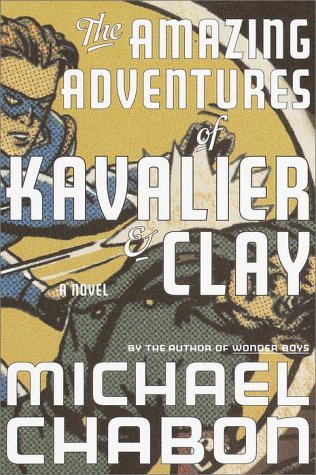 The Amazing Adventures of Kavalier and Clay is a Pulitzer Prize-winning 2000 novel by Michael Chabon about The Golden Age of Comic Books, focusing on two Jewish cousins, American writer Sam Clay (born Klayman) and Czech artist Josef Kavalier, who together create a popular superhero comic called the Escapist, inspired in equal measure by Harry Houdini and Superman.

Many events in the novel are based on the lives of actual comic-book creators, and the book as a whole is generally an homage to the comics of the Golden Age. It had a pseudo-sequel in Brian K. Vaughan's The Escapists, as well as two ultra-short stories that recount events cut from the novel, and a faux-interview with Rosa Saks in 1988. It also spun off into a short lived Anthology Comic, The Amazing Adventures of The Escapist, in which numerous creators including Chabon himself recounted The Escapist's exploits in as many styles.

Not to be confused with that Escapist