Literature / All the Wrong Questions 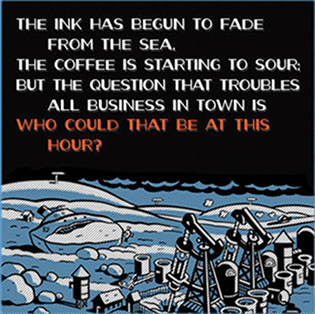 "There was a town, and there was a girl, and there was a theft. I was living in the town, and I was hired to investigate the theft, and I thought the girl had nothing to do with it. I was almost thirteen and I was wrong. I was wrong about all of it. I should have asked the question 'Why would somebody say something was stolen when it was never theirs in the first place?' Instead, I asked the wrong question — four wrong questions, more or less."
Advertisement:

All The Wrong Questions is a four-part prequel series to A Series of Unfortunate Events. It is written by Daniel Handler, once again writing as Lemony Snicket. The series follows him as a twelve year-old boy, working on a series of mysterious cases in the town of Stain'd-by-the-Sea.