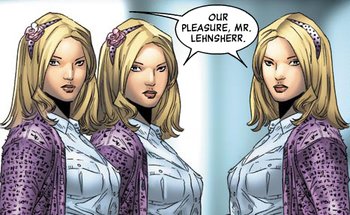 Jane: Ricardo has a twin brother?
Latin Lover Narrator: Don't act so surprised, Jane. It's a well-worn trope of the genre.
— Jane the Virgin
Advertisement: