When the Planets Align 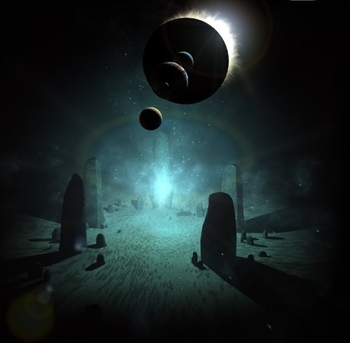 "When the moon is in the seventh house
And Jupiter aligns with Mars
Then peace will guide the planets
And love will steer the stars"
— Hair, "Age of Aquarius"

Something in the plot depends on some stars or planets lining up in a particular order at a certain time (an event known in astronomy as syzygy). Often doomsayers claim this will be the cause for The End of the World as We Know It, whether by breaking the tectonic plates, causing a shift of the poles, changing the Earth's rotation..., or introducing the Eldritch Abomination.

When it overlaps with Significant Birth Date, it can occur in the Back Story and still complicate the plot; this can produce The Chosen One or the Big Bad.