Literature / Monster of the Month Club 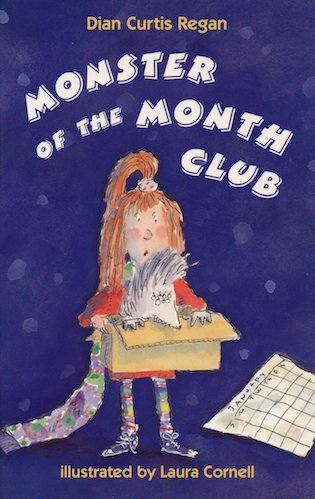 Monster of the Month Club is a middle-grade children's series written by Dian Curtis Regan in The '90s. It tells the story of Rilla Harmony Earth, who lives in her mother and aunt's Bed and Breakfast, and who unexpectedly finds she's been signed up for the "Monster of the Month Club", in which she receives a new monster-themed Cozy Collectible from a different country at the start of each month. The problem? They're supposed to be stuffed animals... but instead, they turn out to be alive. Now Rilla needs to care for her new roommates, who each have their own quirky personalities, interests and food preferences, all while keeping them secret from her family and the guests.

The series consists of four books, and introduces three new monsters in each one:
Advertisement:

Not to be confused with Monsters In My Mailbox, a picture book with a very similar plot.