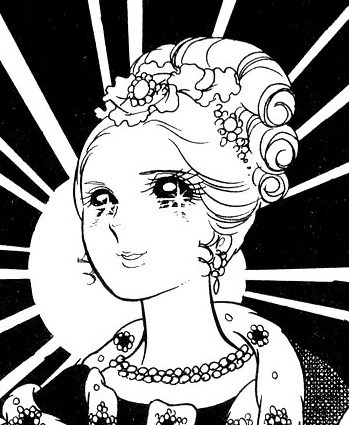 Her tiered hair also has subtle Regal Ringlets.
"Give me a head with hair, long beautiful hair, shinin', gleamin', steamin', flaxen, waxen. Give me down to there hair, shoulder length or longer, here baby, there mama, everywhere, daddy, daddy, hair...
Flow it, show it, long as God can grow it, my hair..."
— Hair: the Musical
Advertisement:

Hair is a good indicator of a character's social class, time period, clique, outlook, and even moral alignment. The following are some of the ways hair can provide nuance, as well as show character and plot turning points.