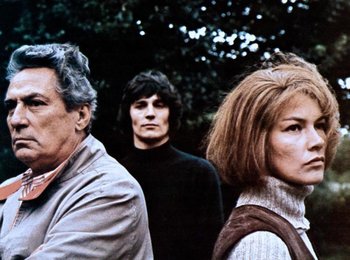 The film tells the story of a middle-aged Jewish doctor, Daniel Hirsh (Finch), and a divorced woman in her mid-30s, Alex Greville (Jackson), who are both involved in an open love triangle with sculptor Bob Elkin (Head), a younger man in his mid-20s. Daniel and Alex both aware that Bob is seeing the other, but they are willing to put up with the situation through fear of losing him. However, after an announcement makes them face an ultimatum, they both must come face to face and confront their opposed circumstances.

Schlesinger, Finch, Jackson, and screenwriter Penelope Gillaitt all received Academy Award nominations. Not to be confused with the song of the same name from U2's War, or the 1972 Bloody Sunday incident from The Troubles that inspired it.