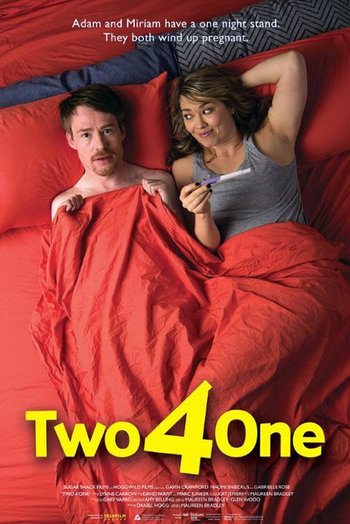 Published in 2014, Two 4 One is a rom-com indie movie notable for having a transgender romantic lead and being set in Canada, not just filmed there. It's also the first feature-length film by genderqueer director Maureen Bradley. Here's the official webpage

Two 4 One contains examples of: