Anime / Dawn of the Seeker 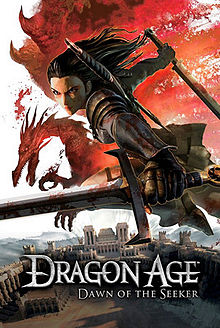 "FOR THE CHANTRY!"
Advertisement:

A 2012 anime tie-in to the Dragon Age franchise. Cassandra Pentaghast, a talented female recruit of the Seekers, finds herself forced to work together with a Circle Mage named Galyan to uncover a conspiracy that threatens the Chantry.

Cassandra previously appeared in Dragon Age II as a Framing Device but was promoted to party member in Dragon Age: Inquisition (both games chronologically take place about two decades after the movie).