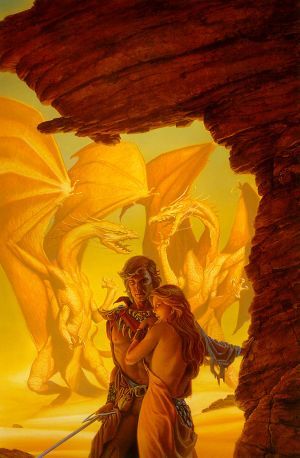 A trilogy by Melanie Rawn, telling of Rohan, Prince of The Desert, and his rule over the continent upon becoming High Prince.
Advertisement:

Dragon Prince tells of Rohan's ascension upon the death of his father, his marriage to Sioned, their battle against High Prince Roelstra, and the birth of Rohan's son Pol.

The Star Scroll takes place when Pol is a young teenager and largely revolves around Roelstra's daughter Kiele bringing forth a man that she claims to be the son of the late High Prince, Roelstra.

No relation to the Netflix animated series The Dragon Prince.