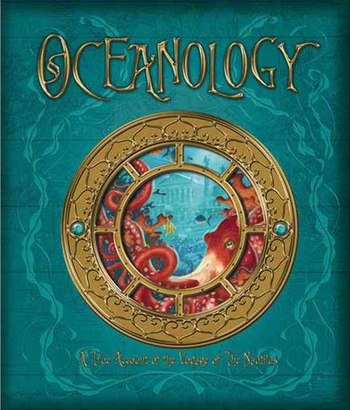 A typical book cover.
The Ology series is a set of picture/puzzle books that are written as an encyclopedic collection of research by fictional authors on various subjects, first begun in 2003. They’re published by Templar Publishing, with the actual authors (who are often cited as being the fictional author’s editors) being Dugald Steer, Emily Hawkins, Raleigh Rimes, and Nicky Raven.
Advertisement:
Books in the series and their spinoffs are:

has a shop containing all of the books and its spinoff novels, activity books, and card/board games.