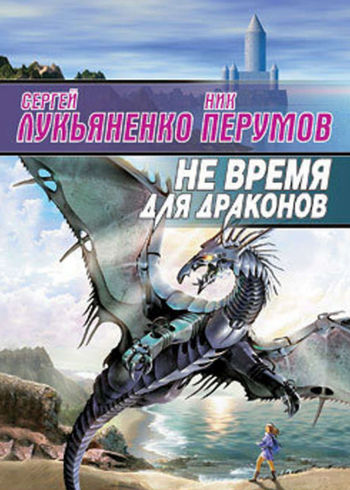 Victor, an ordinary man from our world, finds himself embroidered into a conflict between worlds after meeting a mysterious 13-year-old girl name Telle. He finds himself in the Middle World, located between our world (the Underside) and the magical world (the world of the Natural Born). The Middle World is occasionally attacked by the latter, requiring great efforts to fight off. However, the next attack is supposed to be the most devastating, and many doubt that it can be stopped.

The pillars of the Middle World are the four Elemental clans. Normally, when faced with a serious threat to their world, the four clans join together to form a united front. However, this time, there is a division that turns into a bloody conflict between the clans over the extraordinary measures that need to be taken to stop the Natural Born. The Air Clan argues for the return of the Winged Masters, the Dragons who used to rule the Middle World until their defeat (ironically, by the leader of the Air Clan, the last Dragonslayer). They are opposed by the Water Clan, the most powerful of the four, who are determined to prevent the rebirth of the Dragons. Both sides eventually focus on Victor, who is prophesied to be the next Dragonslayer.

Loy Iver, the leader of the Cat Clan, finds out about the mysterious stranger and seeks out Victor, using her feminine wiles and catlike cunning to get her way. She joins Victor and Telle on their journey to get Victor exposed to the four Elemental magics and become the Dragonslayer. In the process, Victor finds out more about himself and his destiny.

In 2020, the authors published a sequel titled Wrong Place for People. The sequel is set a quarter of a century later and features Victor's daughter as the protagonist.