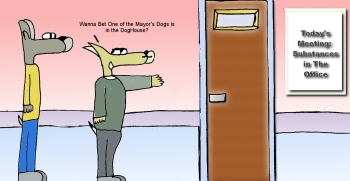 Even The Dogs Can Detect A Bad Move
Advertisement:

Tropes that apply to the following: