The Game of the Book 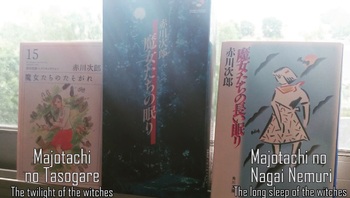 The game (center) and the novels written by Jiro Akagawa.
Advertisement:

Video Games are a medium that can easily be adapted from a book or comic series. Typically, to gain a mainstream audience a book is adapted into a movie. A less common occurrence is when a book is adapted straight into a game. These were common in the late 1980s and early 1990s when graphical computer games were becoming popular.