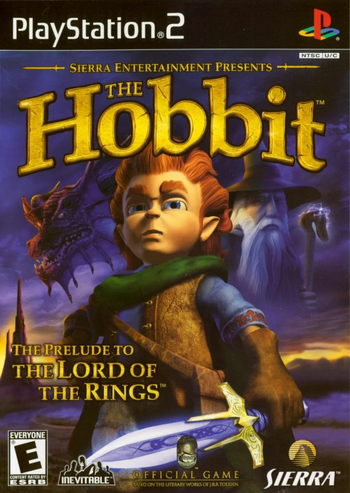 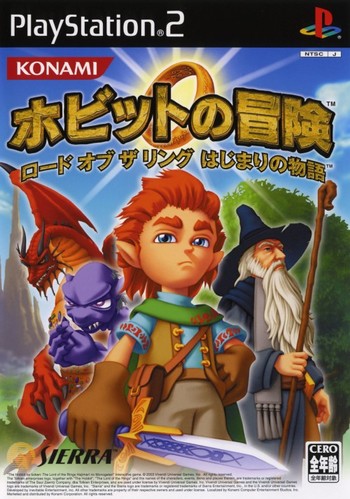 to see the Japanese poster for the PlayStation 2.
"Lead the Quest that started it all. Long Ago, the Lonely Mountain trembled as the Dragon Smaug destroyed the Dwarf-kingdom in fire and rage. When the Dwarves set out to reclaim their stolen treasure hoard, I, Gandalf the wizard, sent with them the most unlikely of heroes: Bilbo Baggins of the Shire. But even I could not foresee how this choice would rule the fate of Middle-earth."
Advertisement:

A 2003 video game based on The Hobbit, published by Vivendi Universal. It was released on PlayStation 2, GameCube, Xbox, PC, and Game Boy Advance.

Similar to Vivendi Universal's last Tolkien game, The Fellowship of the Ring, this game leans on the source material rather than the Lord of the Rings movies and their darker aesthetic as Electronic Arts had the rights to the movie adaptations of Tolkien's Legendarium and thus it uses a cartoony artstyle and more faithful designs for the races and the setting.