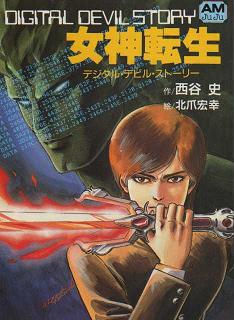 In Jusho High School, the student body is divided into two groups: the gifted class and the normal class. One day, Akemi Nakajima, one of the gifted and something of a maverick within the school, has the bad luck of being targeted by the semi-delinquent normal Kondo Hiroyuki. The reason? Nakajima had rejected Kyoko Takamizawa's advances, and in a fit of petty vengeance, she manipulated Kondo's crush on her to deliver Nakajima a vicious beating by proxy.

Humiliated and infuriated by the injustice, Nakajima goes about getting his revenge. Everyone knows that Nakajima is an ace programmer, but there's one thing no one knows: he's also an amateur magician. He had previously stumbled into the revelation that magic and programming were more or less the same, and had been building a Demon Summoning Program in his spare time. He'd never intended to use it... until Kyoko and Kondo provoked his rage. What follows is a disaster that can only gets worse before one can even hope that it will get better...

As you might expect from the original source material for the MegaTen franchise, Digital Devil Story sets the basic foundation for the games that followed. That means it's happy to explore arcane lore even as it jumps into places that will make the average reader wish for some Trope Co. Brain Bleach.

The novels were never released in the West. However, a dedicated English translation of the first two novels can be found here

, along with a reedited version found here

. A French translation is also being worked on

. While the third novel hasn't been translated, certain websites

have a rather quick summary of the plot. As of April 2022, an English translation for the first book of the ''New Digital Devil Story" novels is being worked on.