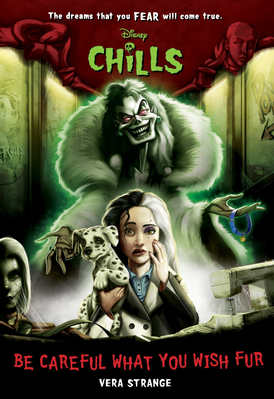 The dreams that you FEAR will come true.
Advertisement:

Disney Chills is a middle-grade Disney-themed horror series in the vein of Goosebumps, written by Jennifer Brody under the pen name Vera Strange.

Each book in the series focuses on a child making an unfortunate deal with a Disney Villain, such as Ursula, Dr. Facilier, or Captain Hook, and the terrible price they pay for having their wishes granted. The books also feature moral lessons on popularity, growing up, and other social issues kids face.

The novels currently include the following:

open/close all folders
As A Series
Part Of Your Nightmare
Fiends On the Other Side
Advertisement:
Second Star To the Fright
Be Careful What You Wish Fur
Liar, Liar, Head on Fire
Once Upon A Scream
The Circle of Ter-ROAR