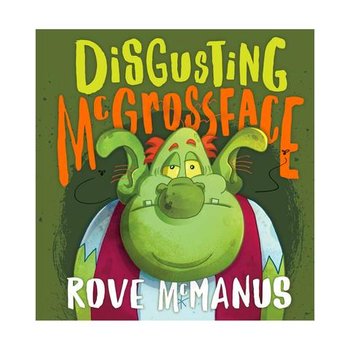 Disgusting McGrossface is a children's book by a man named Rove McAnus.
Advertisement:

In it, a little boy is accused of tracking mud through the house. He claims that it wasn't him, but rather a green troll-like creature named Disgusting McGrossface.

The bulk of the book is rhymes about Disgusting McGrossface and his alleged gross appearance and habits.