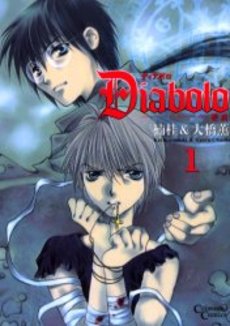 What would you do if you thought you could save someone's life?

Would you do anything it took, right up to selling your soul to the Devil?

Diabolo follows the story of Ren and Rai, two teenagers who fell into the trap of the titular Diabolo and are now blessed with immense powers of offense and defense. The cost? Well, people gifted with the powers of Diabolo start to go insane when they turn seventeen—also the time their powers manifest—and surrender their souls at eighteen. Fully aware that there's little time left in their lives and the Diabolo ensnaring teens in their poisonous contract left and right, Ren and Rai devote themselves to saving those who have fallen.