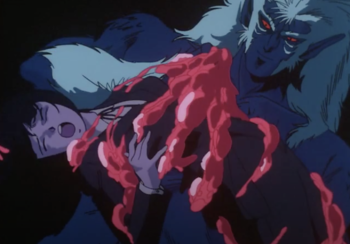 "Be patient, Nakajima. Soon, I will defile your precious woman before your very eyes before swallowing you whole."
"That's why you'll never surpass me. Since when did people start expecting science to be humane? To study the body, you cut it open. To study the mind, you isolate it by crushing the heart. Historically, that's how science has advanced."
— Serph Sheffield, Digital Devil Saga 2
Advertisement:

Shin Megami Tensei has been around since The '80s, so it is no surprise that, among its many characters, we find some truly heinous villains.