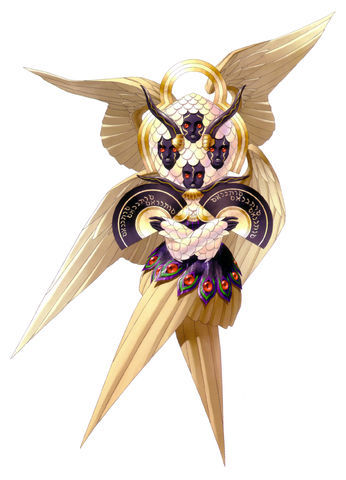 Just one of SMT's many angels;note Which is, incidentally, not far off from Biblical angels. "holy" doesn't mean "easy on the eyes".
Shin Megami Tensei features brutal bosses, God-versus-Lucifer conflicts, horrible, horrible people, and, last but not least, good ol' demonic horror.