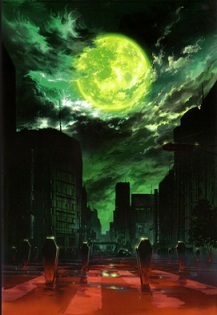 What the world looks like at midnight, for an hour.
Advertisement: