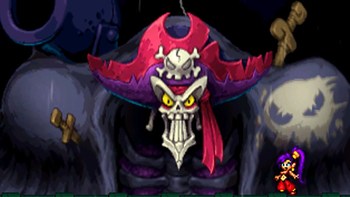 "You want to take a swing at the Captain, eh? Why not. I could use a warm-up. Show us some of your magic tricks, genie!"
Advertisement: