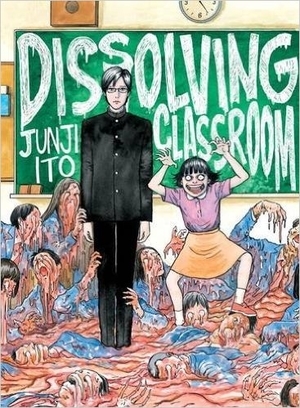 Gonna need a mop for this one.
Advertisement:

Dissolving Classroom is a horror manga by Junji Ito.

Yuuma Azawa and his little sister Chizumi are not normal. Yuuma spends his time apologizing to almost everyone around him and Chizumi creeps out everyone who encounters her. What no one knows, usually until it's too late, is that they harbor dark secrets that make them a deadly menace to everyone around them, and a string of horrifying incidents sets them on the move.