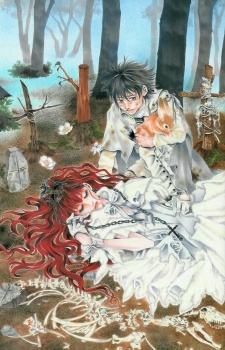 A manga by Mitsukazu Mihara, who also wrote Beautiful People and Doll, this is about a group of women raised from birth to be assassins, and have had all their bodily fluids converted into lethal poisons.

Dokuhime starts with poisonous herbs under the cradle. Then under the sheets. And inside the clothes. Even mixed in the milk that they feed the newborn. This way the child gradually gets used to poisons and becomes the perfect assassination tool — the "Poison Princess", whose every kiss, tear and even touch bring death. Her only chance of survival is to fulfill her duty as an assassin and find a way to live on in the enemy land to which she is sent... If her heart is strong enough.